Skip to content
Contents hide
Poland, Gambling & What You Need to Know
Poland Casinos & Gambling
Poland Gambling After World War 2
Poland Online Gambling Laws
Payment Methods in Poland
How to Bet Online in Poland
Online Games in Poland
FAQs for Polish Players
Can Polish gamblers Play at Any Offshore Online Casino Website?
How Many Online Casinos are Licensed by the Polish government?

Poland, Gambling & What You Need to Know

Poland has the most diverse European environment. They have mountains, forests, beaches, deserts, whatever it is, you can find it in Poland. It is a country bounded by seven nations and was subject to invasion several times. This includes the multiple waves of invasion by Germans, Balts, and Mongols in the middle ages.

Although repeatedly invaded, united Poland stood strong and became the continent’s most powerful country. However around 1772 to 1918 partitions of Poland was distributed among Russia, Prussia, and Austria. Polish culture still remained and powerful even though they went through national crisis. 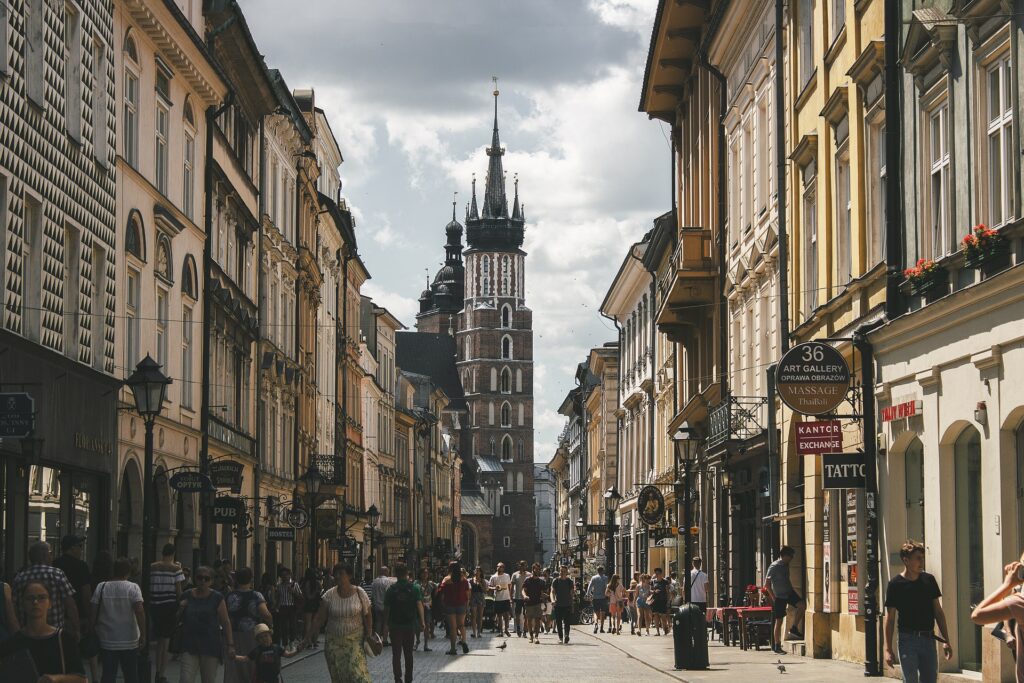 Gambling started early in Poland. The first ever casino opened way back 1920 in the city of Sopot in Poland. It is a seaside resort city that has a casino, attracting a lot of local tourists as well as those coming from the surrounding areas of the country. At that time, the casino offered games like roulette and blackjack and only allowed gamblers 18 years old and above.

Since tourism increased, the casino was rebuilt and became a full resort that has a hotel for accommodation. It then became the city’s main source of income and reached its peak in the early 1330s. Several other casinos were constructed in the area. Unfortunately, World War 2 broke out not long after. This made a huge impact on the people’s interest for casinos as tourism was immensely reduced.

Remnants from the previous world war destroyed a lot of casinos during the war, luckily, the Casino Hotel in Sopot survived since it was used as a field hospital. After the war is over, around 1946, the casino hotel was renamed Grand Hotel and was bought later by Orbis Casino Group, the largest casino owners in Poland. After the war, most European countries were managed by the Soviets.

Strict gambling regulations were put into place. However, the Polish shipping company Polferries found a loophole in the regulations. They began to offer games like blackjack, roulette, and slot machines in the ferries on route to Scandinavia. This way they got around the ban, and was able to attract tourists. In 1989, the ban on casinos took an end as the USSR started to collapse.Pod Roza was launched by Casino Poland and paved the way for the new era of gambling in the country.

New casinos and gambling houses opened increasing Polish people’s interest in gambling. At Poland’s peak of gambling in the 80’s and 90’s, the Polish government started to draft regulations for gambling and its industry. Casino operators were then required to apply for a license and cities with population lesser than 250, 000 were allowed to have only one casino. As time went by, regulations then changed especially as gambling went online.

Polish online gambling is relatively new. The gambling act in Poland was updated in November of 2009 and has been stricter in letting Polish players go online to play casino games or bet. It is because gambling is still fully controlled by the state through the Ministry of Finance.

Even if Polish operators are not allowed to launch casino sites in the country, there are still international gambling sites that accept Polish players. There are still several discussions on whether the government will fully allow and be more open for online gambling, it still has a long way to go. For now, Polish gamblers need to make do with the off shore sites that offers sports betting and online casino games.

Polish players need to consider the security of payment methods the online casino they are playing at is offering. It is because they are playing fully off shore especially for online casinos. Still, they have a great number of choice which will surely make gambling hassle free and fun. We have listed below some of the best and popular payment methods for Polish players.

How to Bet Online in Poland

Since Polish players can only play offshore, betting online in Poland might be a bit challenging. First you need to make sure you’re at the legal age for gambling, at 18 years old. Then you can start searching for online casinos which accept Polish players and are licensed by Poland.

Then, start registering to the website, log in using your credentials and claim your welcome bonus if there is. Meanwhile, for casinos that allow test games, you can also opt to try a game and see if it works for you. If you have claimed your bonus, you can choose which game you want to play and bet on, choose a payment method, and bet.

Gaming in Poland has been in a steady booming pace since 2017. Due to this, several independent game developers has launched in the country. This includes the big online gaming platform, Steam has continued to be one of the most used gaming platforms. For online gambling, since there are several casino games which are illegal if played online, Polish players can only play at Polish licensed casino sites which only allow sports betting and online casinos games.

Can Polish gamblers Play at Any Offshore Online Casino Website?

You might be able to, but you might face problems regarding the laws in the future. Making sure that the websites you are playing at are licensed by the Polish government.

How Many Online Casinos are Licensed by the Polish government?

Currently, internet gambling in the country is solely controlled by the Totalizator Sportowy, a state-owned gambling portal.