Kazakhstan, Gambling & Everything Else

Kazakhstan or the Republic of Kazakhstan is the biggest landlocked country in terms of area, and is the ninth largest country in the world. Although there are dominantly more Islam, Kazakhstan allows freedom of religion in their residents. This is also why their laws do not mainly associate with their religious beliefs.

Its gambling legislation also differs from most of the Muslim countries. Since the 13th century when Kazakhstan was freed from the rule of nomadic tribes and became part of the Mongolian Empire led by Genghis Khan. Then, during the mid-19th century, their territory was conquered by the Russian Empire which made Kazakhstan one of the republics of the Soviet Union when World War I ended. 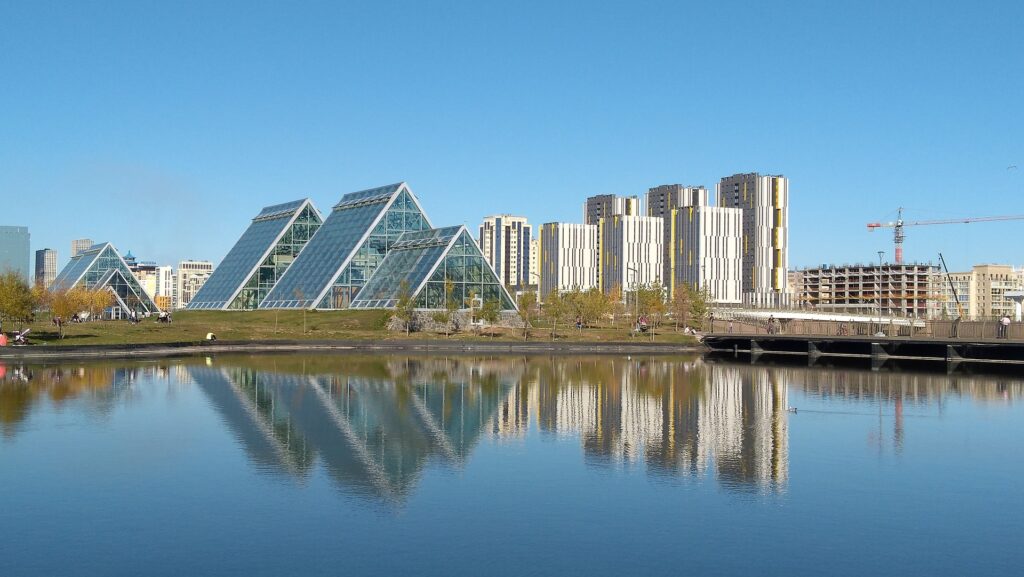 Kazakhstan history has always included gambling ever since they were ruled by the Russian Empire. The first gambling legislation was signed by Tsar Peter I which allowed the operation of lotteries. Later, the Ministry of Finance of Soviet republics conducted lotteries. Starting 1999, Kazakhstan’s Ministry of Finance licensed gambling activities. After the collapse of the USSR in 1991, Kazakhstan finally freed themselves from the Soviet union.

After declaring their independence, gambling problems started to arise because it became unregulated. In 2007, Kazakhstan finally released a new gambling law. Act no. 219 on gambling business was signed by President Nursultan Nazarbajew.This law has unfortunately made severe restrictions for the business. It only allowed in-land casinos to operate into two specific regions in the country.

The law only allowed gambling to be legally organized in Kapchagay and Schuchinsk. In addition, all casino licenses issued before April 1, 2007 as expired. Before the law was signed, there were 130 brick and mortar casinos in the country. However, since the law was imposed, the number of casinos operating in the country significantly decreased. Some of the gambling facilities located outside the areas where gambling is allowed chooses to operate underground while the others became restaurants and clubs.

After the gambling law was passed in 2007, 13 land-based casinos were left in the North and South zones. Currently there are two kind of gamblers in the country. The first one are the middle aged high rollers who do well in gambling. This group prefers going to land-based casinos. The other group of players are the more risk taker type as they don’t care if they lose or win while playing in online casinos.

Although Kazakhstani players can access online casinos, the only ones they can play at are those based overseas. Well, there is still no legislation which specifically states that online casinos are legal or illegal. The Kazakhstani government believes that gambling in casinos is the most addicting way of gambling, so they never legalized online casinos but has legalized other forms of online gambling.

Also, in the gambling legislation passed in 2007, a general ban for unlicensed gambling has been issued. This ban makes online casinos categorically illegal. Despite this, the casino platform of Altyn Alma or Golden Apple Casino used to be accessible in both Kazakhstan and Russia. Unfortunately, it closed along with its namesake casino.

Even though online casinos are categorically illegal in the country, online gambling and sports betting are legalized. Therefore there are several payment methods Kazakhstani gamblers can use to bet in their favorite games. Through this payment channels, gambling enthusiasts can start putting in bets. The same, they can also use it to withdraw their wins. Below we have listed a few of the most promising payment methods in Kazakhstan.

How to Bet Online in Kazakhstan

Betting online in Kazakhstan is fairly easy. Although as mentioned above that online casinos are relatively illegal, online gambling on the other hand is legalized along with sports betting. Currently there are more than 20 sportsbooks that are available for Kazakhstani gamblers to bet at. Since most sportsbook operates the same, betting is easy.

First, create an account by registering some of your personal details. Then, choose the sports and team you want to bet on, deposit and lock in your bet. Some sportsbook have a wagering requirement and some other terms and conditions of their own. Always try to check which one gives you the best chances in winning, and have the best of luck.

Just like the rest of the world, Kazakhstan has also delved into online games. According to a statistic market forecast website, Online games segment in Kazakhstan has grown to 5.98% which can lead to a value of US$ 19.35m by 2027. This growth has been brought by popular because of Massive Multiplayer Online Games or MMOGs.

Some of the top games loved by Kazakhstani people are PUBG, Garena Free Fire, Standoff, and many more. While games of chances are loved for online betting games. Kazakhstan’s legislation on gambling might still be growing, but its market has indeed taken off.

Will gaming territory be expanded in Kazakhstan in the future?

There is currently a draft submitted to the parliament last January 2019 which is proposing to expand the gaming zones in the country as well as self exclusion for players.